hello there, welcome to the extras page. here you will find stuff like early superbomb 1 ideas!

SuperBomb Original/D.E.A.T.H. Story and Ending: at this point in development, the game was called D.E.A.T.H. the game started in a grassy plains area with some trees. you'd then fight things that were poorly modeled and you'd also find many weapons. weapons were: crowbar (yes i copied Half-Life) pistol, shotgun, double shotgun, quadshotgun, and a minigun (which wasn't implemented at that time). there's really no "middle ground" area of the story, since this version never got anywhere. also later in development i though of the name of the player being "Atom" (yes yes funy funny science pun!!!!!). the later parts were in a space ship where the end boss was a huge ball of sentient plasma. you'd have to press a button to activate a laser to destroy a black hole sent by aliens to destroy earth. the end!

Pre-SuperBomb FPS: the name was D.E.A.T.H., yeah, i know its pretty edgy BUT this game never got ANYWHERE outside of a small plane and cube and gun test in unity.

early D.E.A.T.H. Story: this is all based off memories so some info may be missing. the game started in a desert with a badly made skybox and some guys to shoot, and anything after that wasnt ever made. the only gun ever made for it was a pistol. the final boss was supposed to be in a spaceship, similar to early superbomb.

after i finish superbomb i might recreate D.E.A.T.H./early superbomb

these are from an old sketchbook of mine, so thats why they are camera pictures. 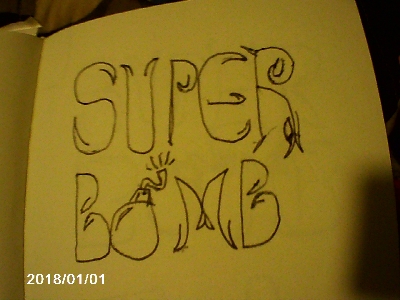 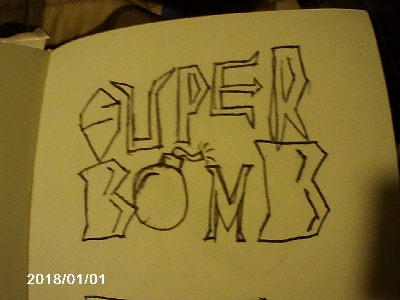